Many of the driveways seen today that look like flagstones, intricate paving designs or block paving are pattern imprinted concrete (PIC). This is where a Concrete Driveway is laid down then a series of patterned moulds are laid over it while it sets, giving a passable imitation of many different popular types of stone or block. Colour can also be added using the correct pigments, completing the illusion.

Patterned concrete is not only an economical driveway option for many home owners, but its also very practical and gives the opportunity to create pavements with colours or patterns that would never be possible using other materials. This article will explore the various options available if you want to give your own driveway that special look.

Pros and Cons of PIC

There are two key points to bear in mind about PIC. The first is that it isn’t quite as resilient as a plain concrete driveway, and nowhere near as strong as some of the driveway types that it imitates. It also leaves an uneven surface. For these reasons it is only suitable for residential drives, paths or patio areas, or lightly trafficked commercial parking areas.

The second is that it is not really a DIY job. Laying PIC means getting hold of the moulds, which would be too expensive to buy for one domestic job and they aren’t often available for hire. In addition, getting the right concrete consistency and applying hardener agents and pigments properly can really only be learned by training and experience. A DIY job can be very expensive disaster.

Having said that, there are many advantages to using pattern imprinted concrete for a drive. The cost and time should be somewhere in between plain concrete and a block paving or flagstone drive, giving you the looks of one with costs close to the other. Just make sure it’s the right way round!

There are various methods by which concrete is made to look like flagstones, slate or paving slabs. The most popular for a driveway is called imprinted concrete. This involves using moulds that have been cast from the stones or tiles they wish to imitate and then used in conjunction with coloured concrete mix.

In the most simple form, patterned concrete is made by using one large mould shaped like an individual paving slab. When in place, it looks just like a plain old concrete drive for example, with no obvious pattern or colour variation.

The more expensive option is to have multiple smaller panels that are individually moulded and cast. Not only does this have a more realistic and intricate appearance, the smaller pieces give an uneven finish which is much closer to the look of real stone.

Huge Choice of Patterns and Textures

There’s a wide variety of colours and patterns available. The moulds can imitate bricks, different flags and blocks. Then there are textures rather than patterns, slate or stone effects without imitation seams between individual blocks or flags. Herringbone and other block laying patterns are available, but it’s important to make sure the moulds are laid in a sequence that hides the pattern repetition as much as possible.

There are even patterns and colourings that can imitate wooden decking! But the most successful are probably the rougher, less uniform textures, as small imperfections don’t show up.

It’s better to pick a colour that’s not too far removed from natural concrete. Blues, greens and reddish colours are available, but as the coloured top layer of the drive wears off, particularly if the drive receives more traffic than was originally intended, the wear reveals concrete underneath. Darker colours allow this show through to happen over a longer period of time. 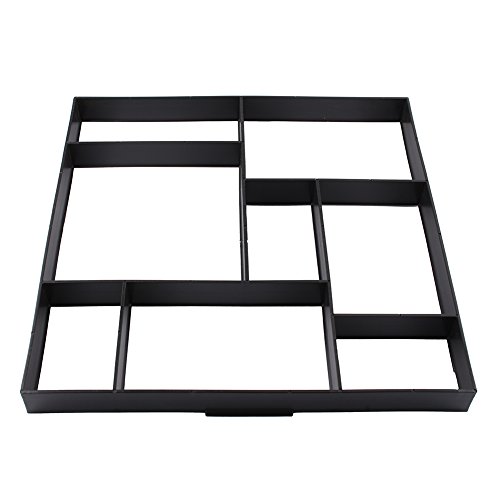 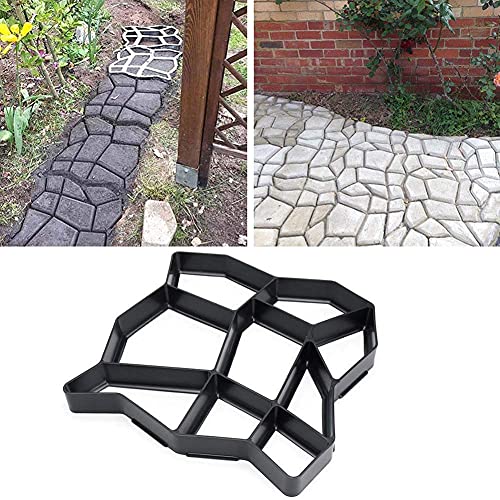 One thing that can be said for pattern imprinted concrete is that it isn’t as expensive as some other choices. Plain concrete can vary from about £5/m2 to £25/m2, depending on the thickness and whether any decorative accessories are used.

PIC can be made to look more expensive by using brightly coloured and textured concrete, but it is still nowhere near as costly as some alternatives. It’s possible to get a decent patterned drive done for  between £10/m2 and £40/m2, depending on size and complexity of design.

Search for the Right Contractors

Having pointed out that laying a PIC drive is not a DIY job, we must also warn about contractors. Do not use a general builder unless they can show you that they have successfully laid pattern imprinted concrete before. Also stories are coming through of some PIC contractors acting like double-glazing companies of old.

They will charge a very low price, then when they’ve nearly finished the job call up to say there’s more work and cost. This is not only unfair but sometimes means that they’ll finish in substandard quality.

So use the usual safeguards when engaging any maintenance or building firm. Ask to see driveways they have laid at other customer locations and Get At Least Three Quotes, preferably in writing, before committing to a contractor.

In conclusion, the pattern imprinted concrete is a method of laying concrete that is easy to do, but as with anything it’s not suitable for all driveways. If you want something cheap and cheerful then plain slabs will do fine at half the price or less. You need to make sure that any PIC company have experience in this field and that you get to see and approve work at an earlier stage, rather than the usual ‘behind schedule’ late finish.

You need to be able to call the shots on what is acceptable or not in terms of quality. And you need to ask around for contractors who can prove they have successfully carried out PIC driveways before!